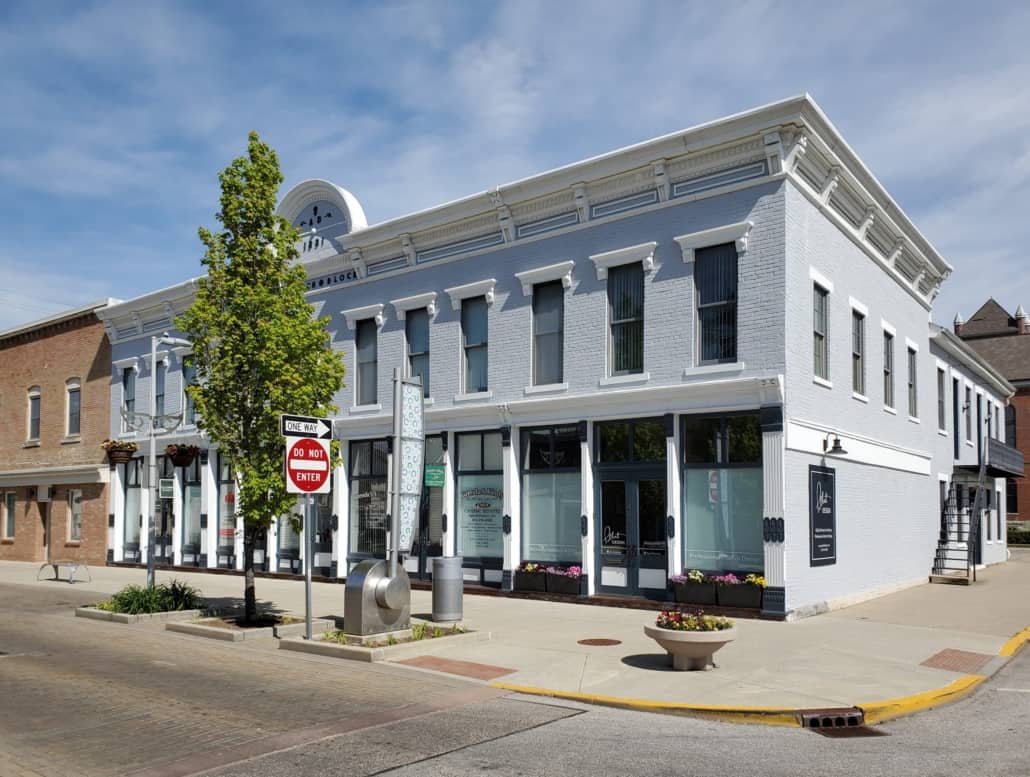 In May of 2021, Randy and investment partner Scott Owens purchased the Ulrich Block building in Columbus, Indiana, after leasing and managing the commercial property for nearly forty years. They had previously renovated the building in 1984 and are now making plans to renovate the 2nd floor for either continued commercial use or repurposing it as residential apartments. They also have a new website that highlights the building’s history.

The Ulrich Block building sits at the N.W. corner of 4th and Franklin Street in the bustling heart of downtown Columbus. The building was constructed around 1850, making it one of the oldest, still standing structures in the city.

Ulrich Block has an interesting history and exemplifies two prominent architectural styles popular in the mid to late 19th century. Those were the Federalist and Italianate styles, respectively. Originally constructed in the Federalist style, the building featured a low-pitched, gabled roofline, stone lintels, and a smooth facade.

Frederick Ulrich purchased the building in 1856 and started a bakery. During the Civil War, Ulrich had a contract to bake bread for the Union Army.

In 1891 Ulrich made extensive modifications to the building’s roof and facade, adding decorative elements of the Italianate Style of architecture to the building’s Federal style. Decorative columns and pilasters were added to the 4th Street side, as well as ornate sheet metal window hoods that topped the second-floor windows and a sizeable half-circle lunette inscribed with “A.D. 1891.”

The photographer who took this colorized photo in the 1870s used the courthouse as his vantage point. You can see the front of the Ulrich Block building in the lower-right of the image. The strip of road in the lower-left corner is Washington Street. Left of center, near the top, is First Presbyterian Church.

“Our Stories Illuminated” is a special effects video presentation planned for Columbus Marathon weekend in late September 2021. The Columbus Area Bicentennial steering committee has commissioned Blockhouse Studios for this show to be displayed on the Ulrich Block Building downtown.

A recent article in The Republic describes the project:

“We’re taking an actual building and turning it into a three-dimensional, action-oriented movie screen,” she said. “Even though the building itself doesn’t physically change, you’re tricked into thinking it’s been transformed through the use of technology.”

Blockhouse did some mapping of the Ulrich Block building four years ago. You can see that in the video below. The images are from more recent work to map the structure for the Bicentennial celebration. 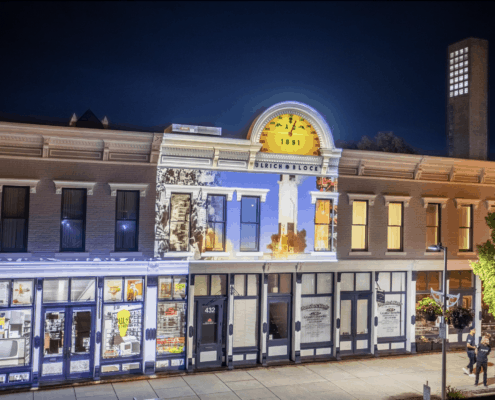 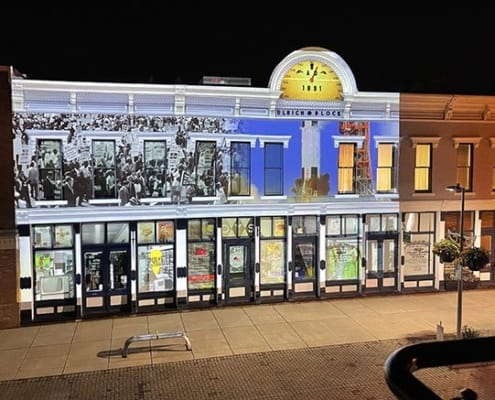 Learn more about Ulrich Block by visiting the website!

Area Realtors Give Back to Revitalize Shelbyville Park Scroll to top